Is This The First Above-The-Lip Surfing Kickflip? (VIDEO) 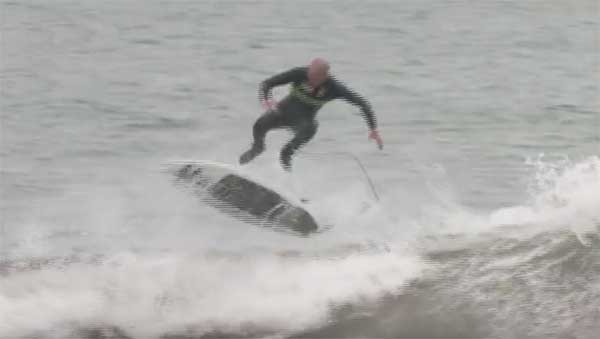 Back in 2011 Santa Cruz surfer (and accomplished magician) Zoltan Torkos pulled off a surfing kickflip and was awarded $10,000 by surf company Volcom, after a slight bit of controversy.

FREE STUFF: Get Any Two Audiobooks For Free From The Surfing Podcast

Things ended amicably between the aquatic trickster and the Orange County based boardsport clothing giant, so much so that Volcom said they’d award Torkos an additional $20,000 if he could land an above-the-lip kickflip and catch it on video as proof.

Torkos accepted the challenge and has been working diligently ever since to achieve his dream of pulling off the first above-the-lip surfing kickflip in history.

Watch this YouTube clip of Zoltan “The Magician” Torkos pulling off the first-ever abovel-the-lip surfing kickflip.

Does Volcom owe him grand?

Here are some other clips of Zoltan Torkos and fancy surfing antics:

Zoltan Torkos – The Story Behind The First Kickflip In Surfing History

Please be sure to subscribe to The Surfing Podcast the iTunes Store.